As Passive House spreads across the world, China has not been found wanting and has stepped up to the plate by completing several impressive projects in the past couple of years, including mixed used buildings, a hotel and a very sculptural Expo building in Shanghai. 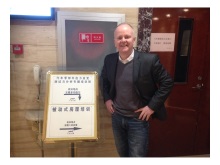 PHA is delivering training and building certification services in China in partnership with the Chinese Passive House Network. Our first training session took place this week in Beijing to an enthusiastic class of Architects and Engineers and there’s lots more planned for 2015. The scale of construction projects in China is simply staggering, and Passive House can play a significant role in reducing carbon emissions in such cities as Beijing where poor air quality is a major health concern.

View PDF on the Expo Building in Shanghai

View the full report on our China Training Program